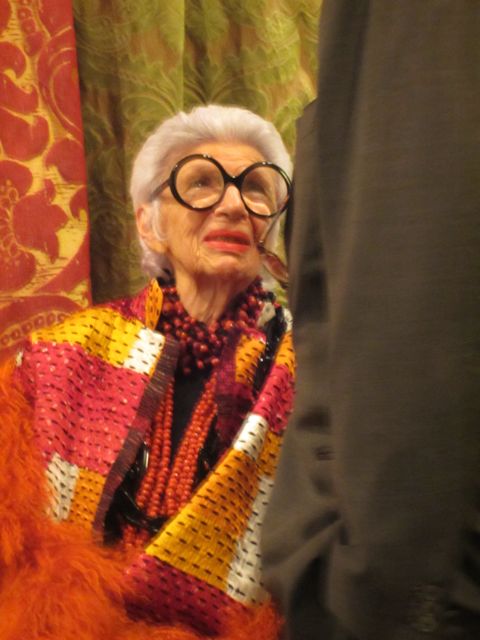 Iris Apfel. She calls herself a "geriatric starlet".
In 2005, Iris Apfel gained star status with an exhibition at the Costume Institute of the Metropolitan Museum of Art: "Rara Avis: Selections from the Iris Barrell Apfel Collection".

"Since opening last month the show, assembled from the wardrobe of Mrs. Apfel, a New York society figure and a founder of a textile firm, has had people chattering with a heat and enthusiasm rare in the fashion world."

"Her approach is so inventive and brash that its like has rarely been glimpsed since Dianna Vreeland put her exotic stamp on the pages of Vogue."

Mrs. Apfel, with her helmet of gray hair and big, black round glasses à la Le Corbusier, dresses in marvelous colors and textures with piles and piles of exotic beads, some the size of an ostrich egg. As she told Ruth La Ferla in 2005, her look is "either very baroque or very Zen -- everything in between makes me itch."

Recently I was fortunate to attend a talk with Mrs. Apfel at Stark Design, which purchased her company Old World Weavers some years ago. 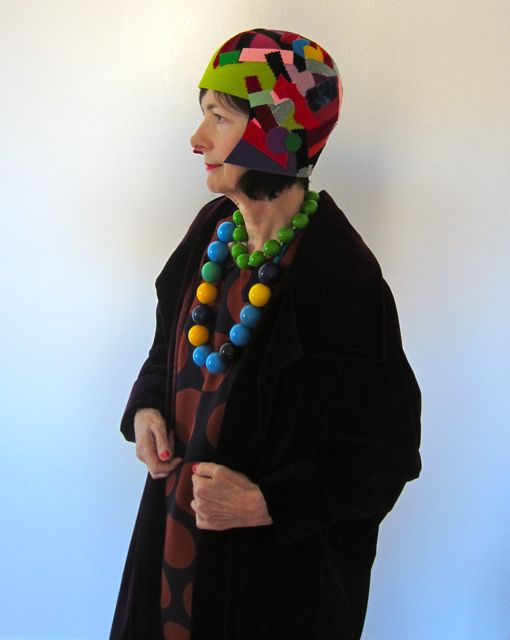 I tried to dress in homage to Mrs. Apfel, with a cloche helmet
of my own design, and big beads that I also made. 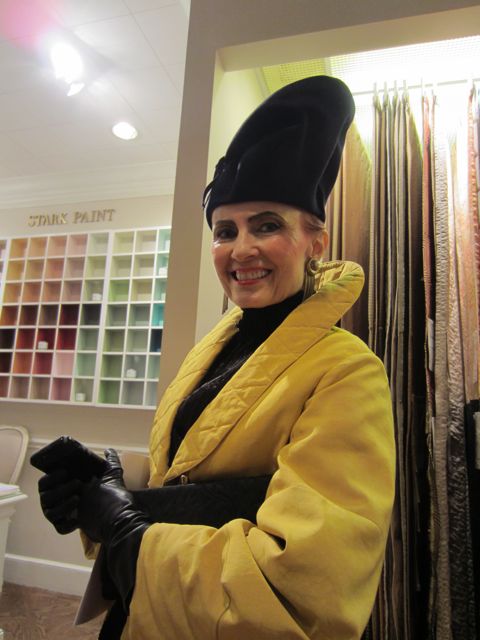 Gorgeous, Judith Boyd, writer of the blog, Style Crone,
was in from Denver and attended the event at Stark Design. 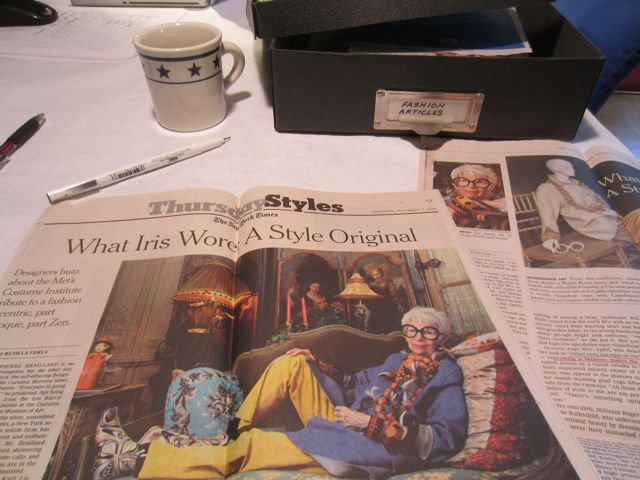 An article by Ruth La Ferla in the Thursday Styles section
of the November 17, 2005
New York Times. I keep articles that interest me in my
"Fashion Articles" box.

A Luncheon to Honor Judith Boyd 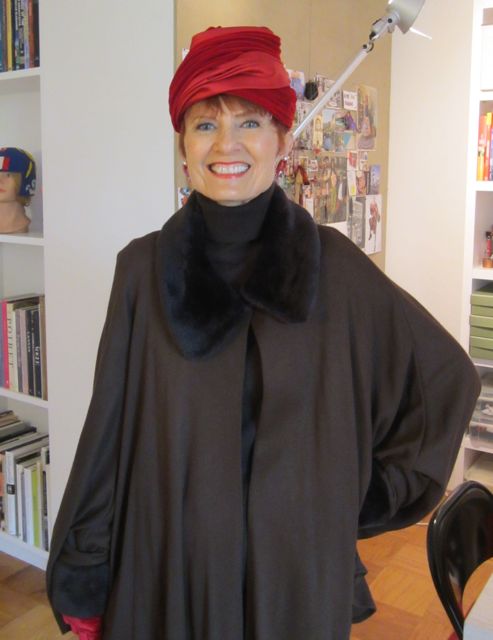 Judith Boyd write the blog, Style Crone, for the creative, adventuresome and authentic older woman. She lives in Denver, Colorado, and I have always wanted to meet her. Recently she was in New York City, and I hosted a luncheon for Judith with a group of friends who I have met on the blog, Advanced Style. Judith is wearing an Elsa Schiaparelli hat. 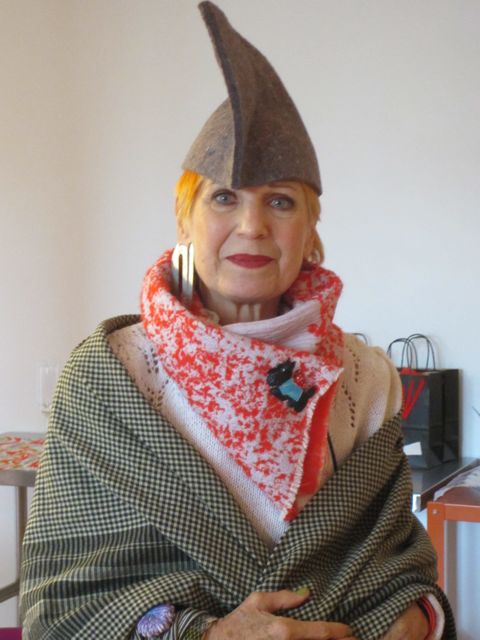 Debra Rapoport came to my luncheon.
Debra made her earrings and hat. 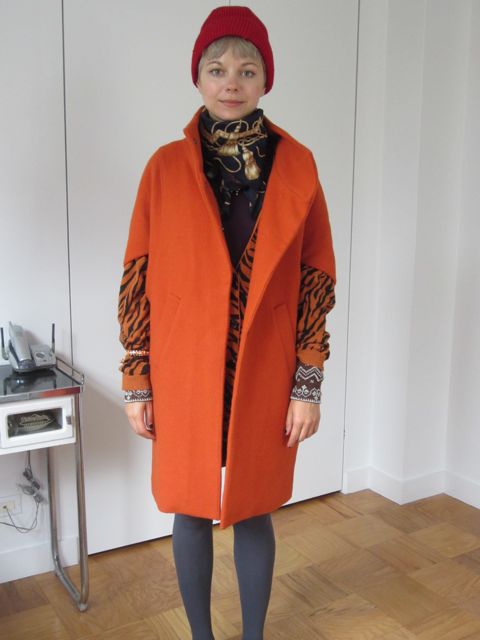 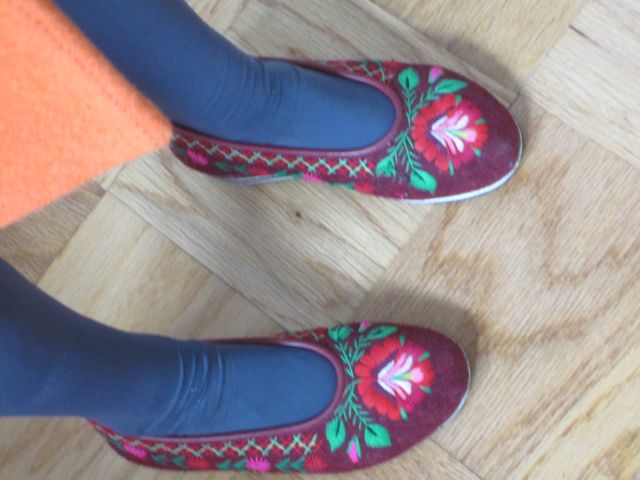 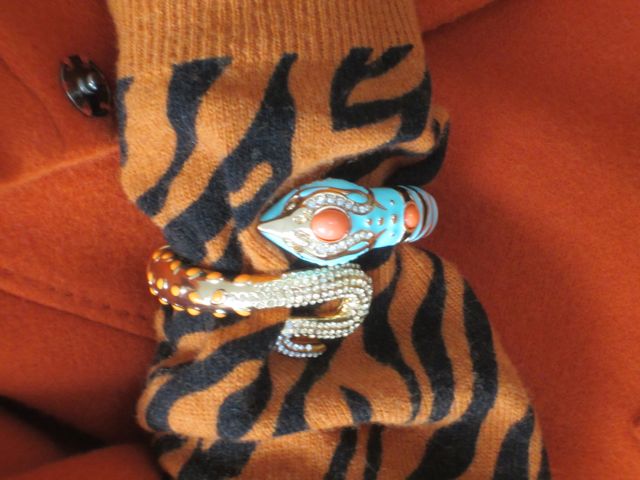 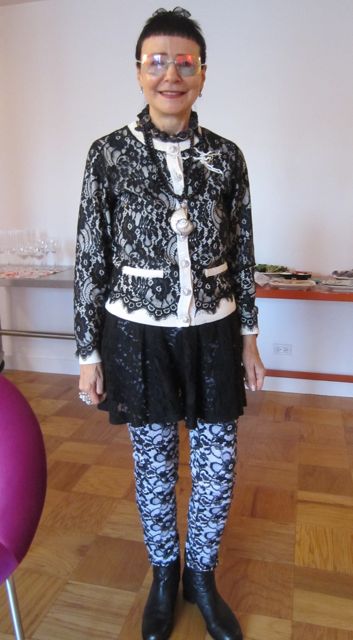 Maryann Van Dongen in a lace-themed outfit.
She made the conch shell necklace. 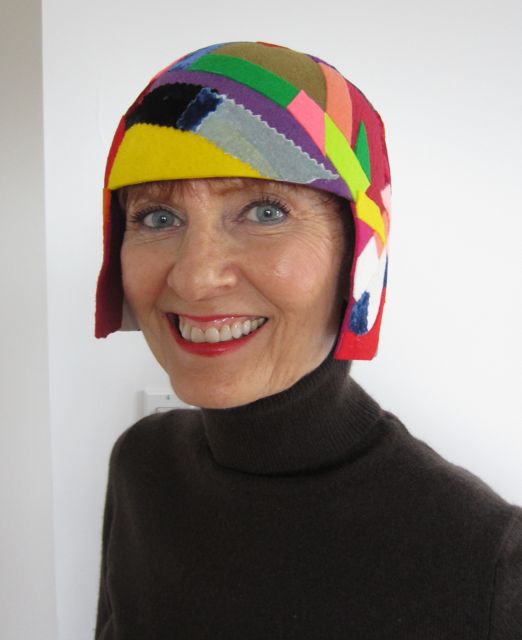 Judith purchased one of my helmet cloches.
I am thrilled that it will find a coveted spot in
Judith's Hat Room in Denver. 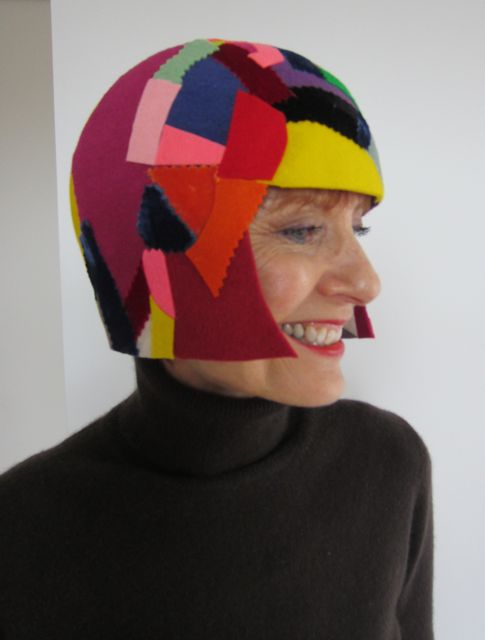 A Luncheon at The Museum  of Art and Design
Maryann Van Dongen invited a group of us to the Museum of Art and Design for lunch at the restaurant, Robert, and to see two shows: Doris Duke's Shangri La and the paintings, sculptures and objects of Daniel Brush.

Shangri La was Doris Duke's (1912-1993) Honolulu home throughout her life. She began designing and building it after her 1935 honeymoon trip around the world where she encountered Islamic Art. The exhibit shares with us large color slides of her gardens, interiors and exteriors of the beautiful house perched over the sea. There are textiles, jewelry and objects in the show, as well as drawings for the house itself. The exhibit was inspiring to me as I worked on a new hat today, and incorporated some intricate designs like a Shangri La mosaic. 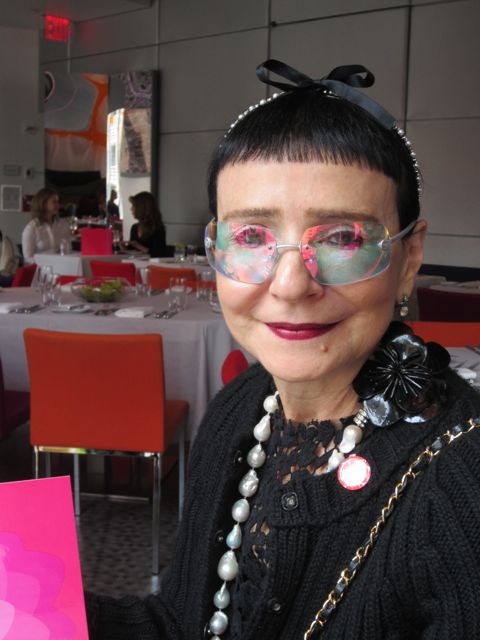 Maryann at Robert with her signature diamond headband and black bow
framing her fringe of black bangs. 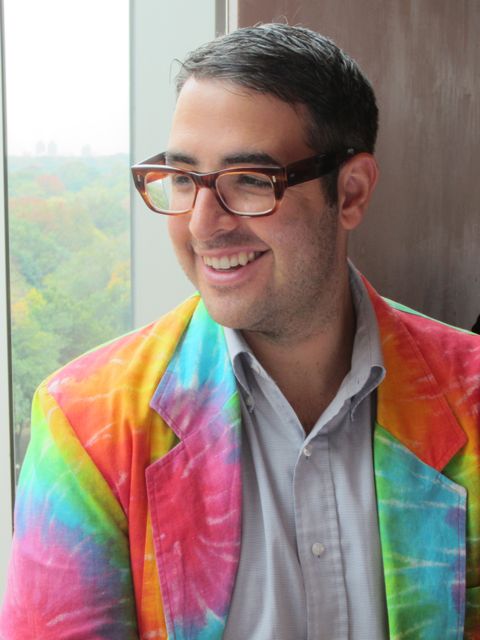 Ari Seth Cohen, writer, photographer and blogger. We are all happy to be included in Ari's blog and book, Advanced Style and form new friendships. Ari's book is available from Amazon. 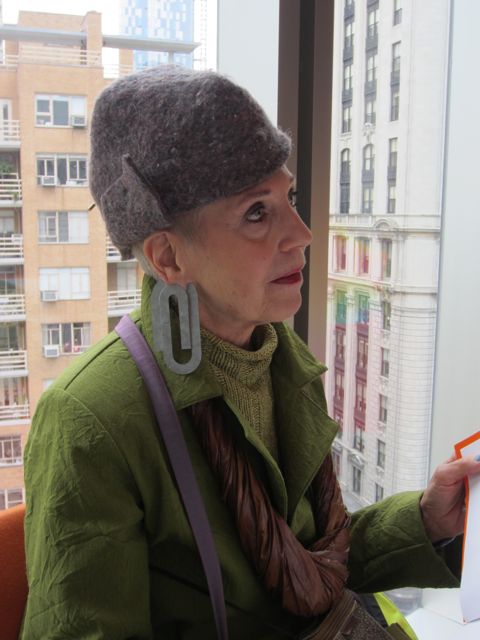 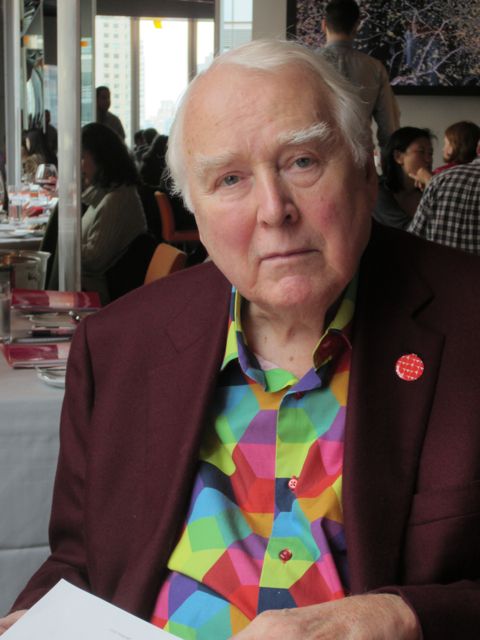 
See you next week, when we will go
to Nice, France.
À bientôt!