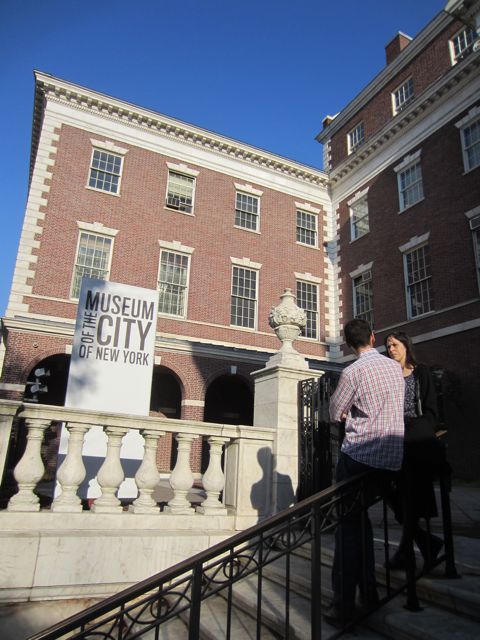 On a recent Sunday afternoon, we took the 6 train to 103rd street to the Museum of the City of New York to view "The World of D.D. and Leslie Tillett." 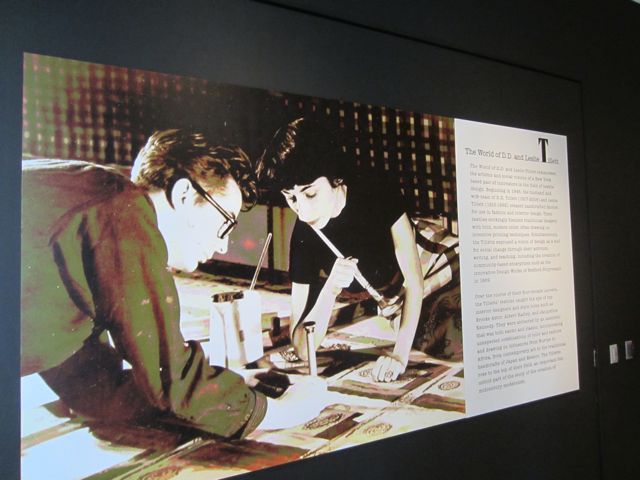 Leslie and D.D. Tillett
In 1944, Leslie Tillett was designing beautiful textiles with his brother in Cuernavaca, Mexico, when Harper's Bazaar sent D.D. Doctorow to write an article about the printworks. 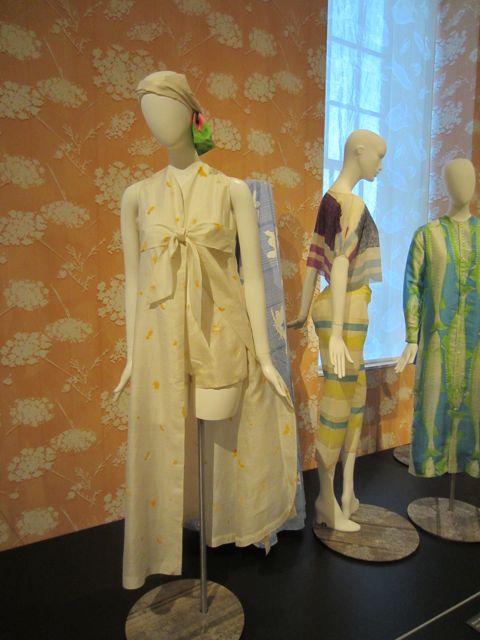 D.D. fell in love with Leslie and stayed in Mexico to work with him. In 1946 they moved to New York City and established a textile design business. The Museum has mounted a little love song of a show consisting of textile designs, clothes, photographs and memorabilia from their charmed life together. 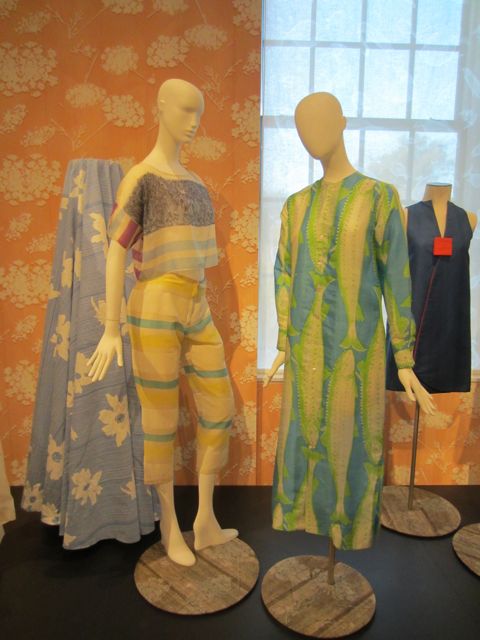 Floral motifs, stripes and fish are shown on these fabrics and garments. The caftan is for sale in the museum shop for $2,700. 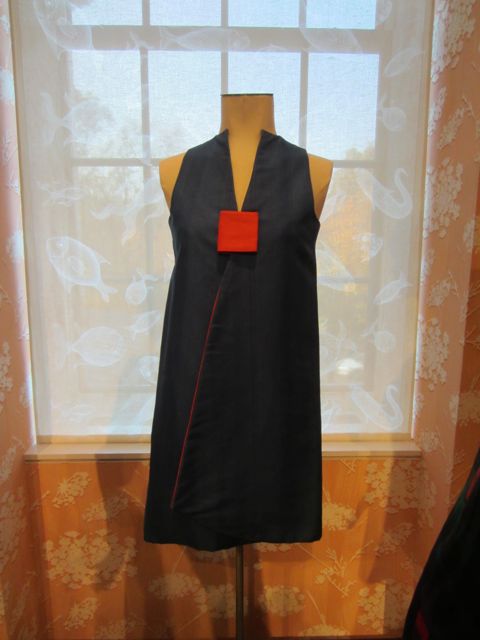 Designers such as Claire McCardell used Tillett fabrics for their garments. 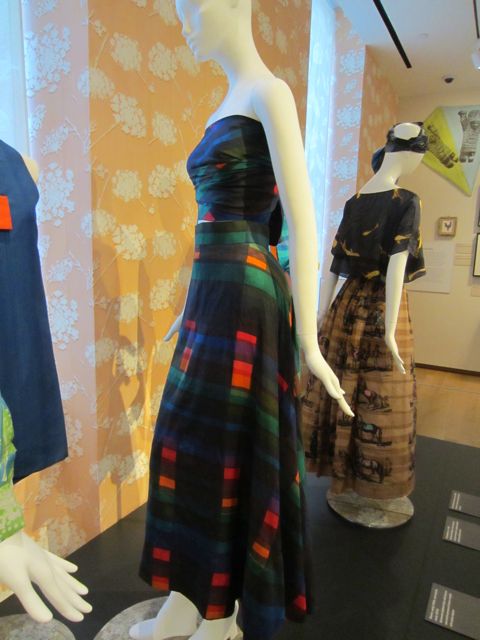 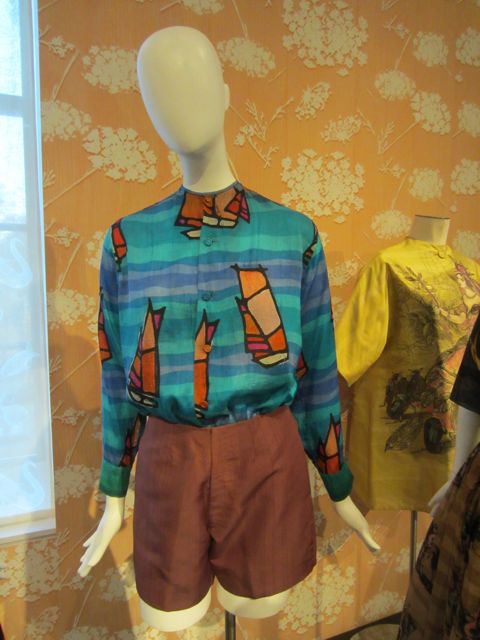 An abstract sailboat motif on an blue-green sea. 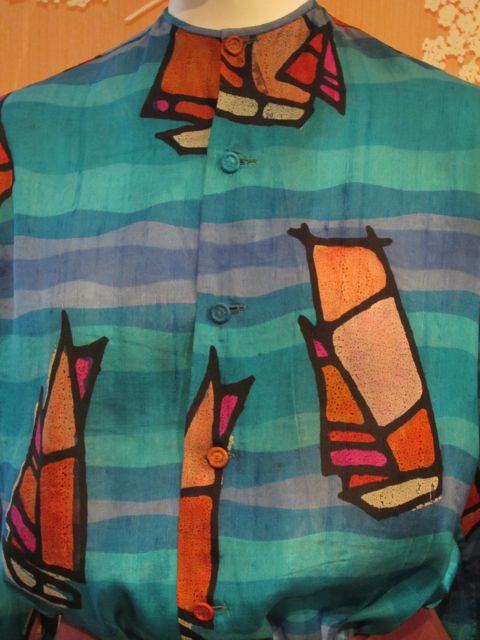 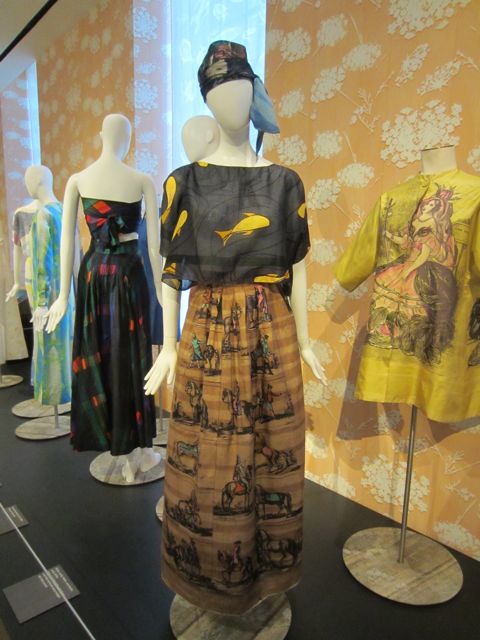 A black silk blouse with yellow fish is paired with a print skirt. 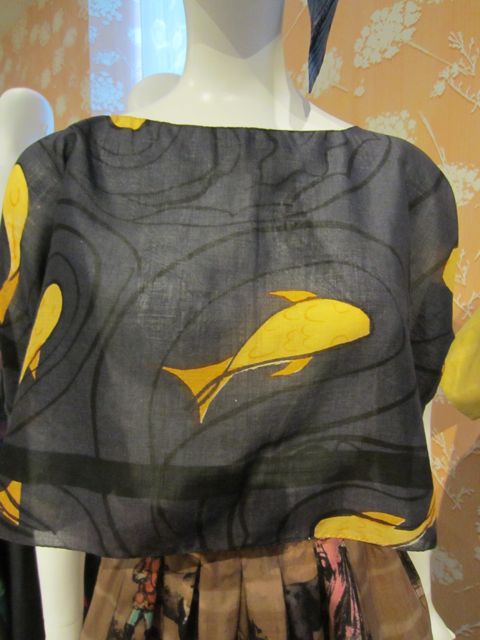 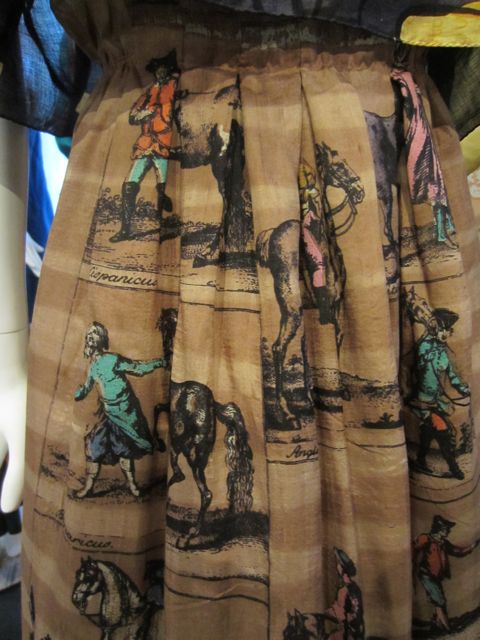 I love these 18th century characters who look like
they belong in the French Revolution. 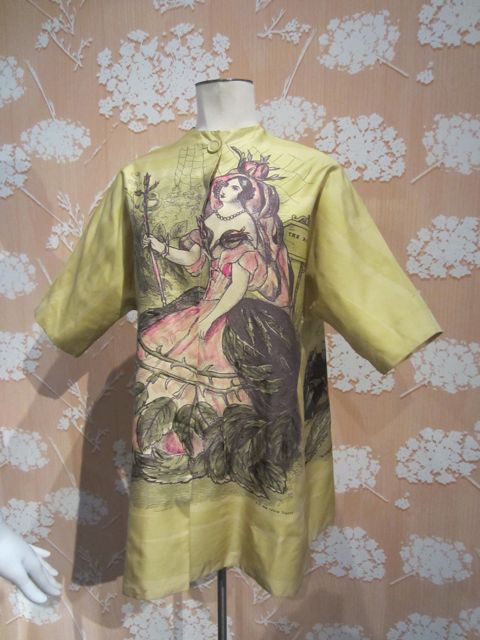 This little Chinese-looking jacket sports a painting
of the Queen of Roses.
So pretty! 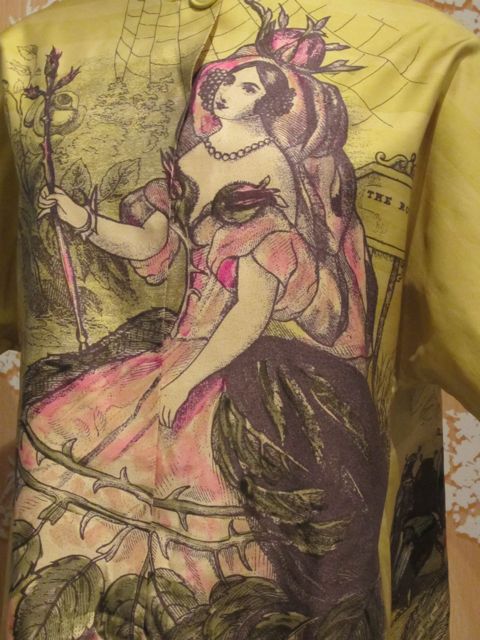 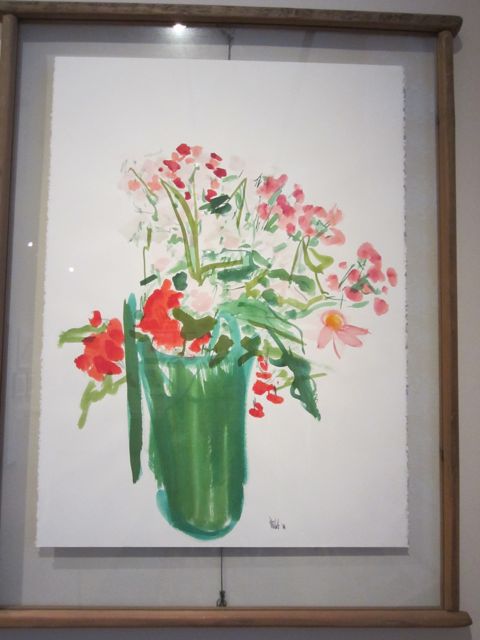 A painting by D.D. Tillett. Her son, Seth Tillett
has said that his mother's work had a
"Oops, I dropped a bouquet on the floor" look. 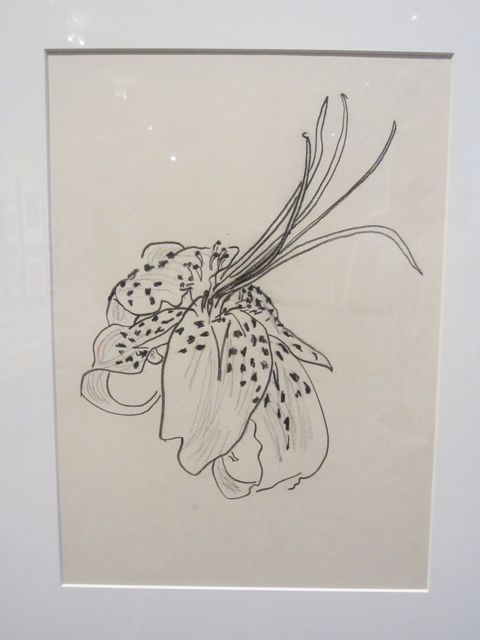 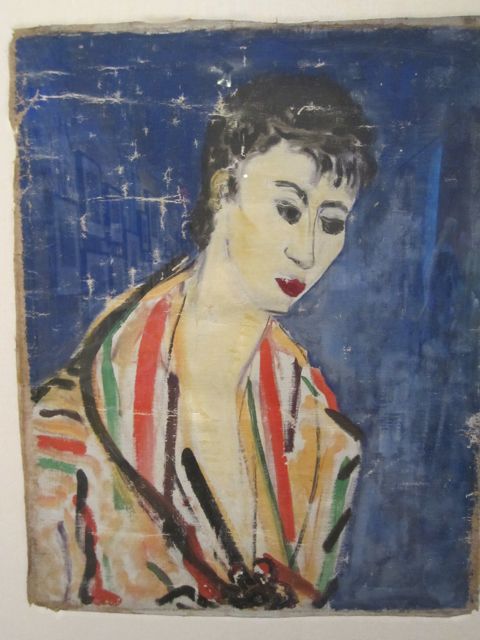 A painting by D.D. Tillett 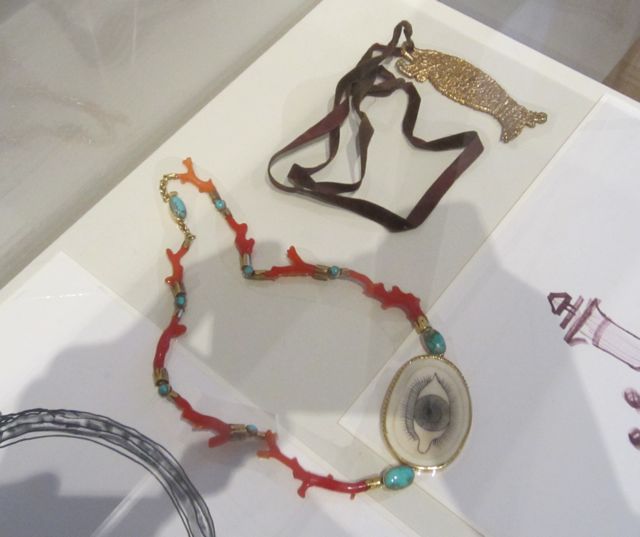 Tillett jewelry in the exhibit.
The eye is so delicately drawn and looks
great with the coral and the blue stones. 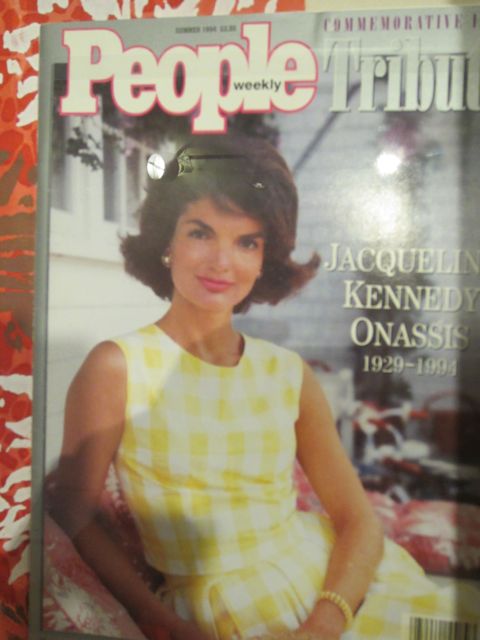 Jackie Kennedy was a client of the Tilletts'
and used their fabrics in the White House. 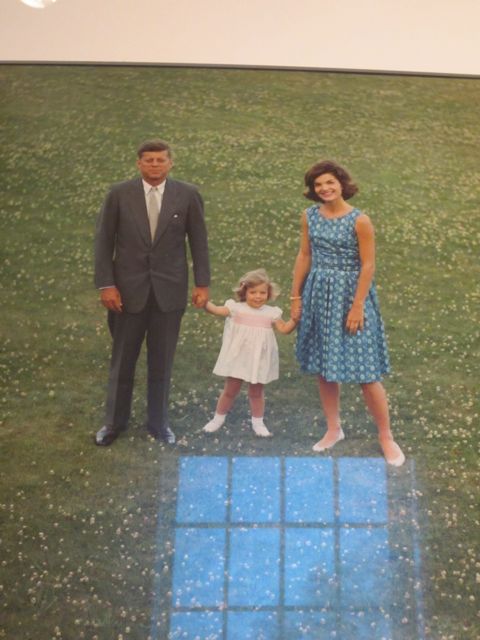 A Tillett fabric on Jackie's sundress.
Jackie also brought the Tilletts to Skorpios in Greece
to help with the decoration of the villa that
Aristotle Onassis was building. 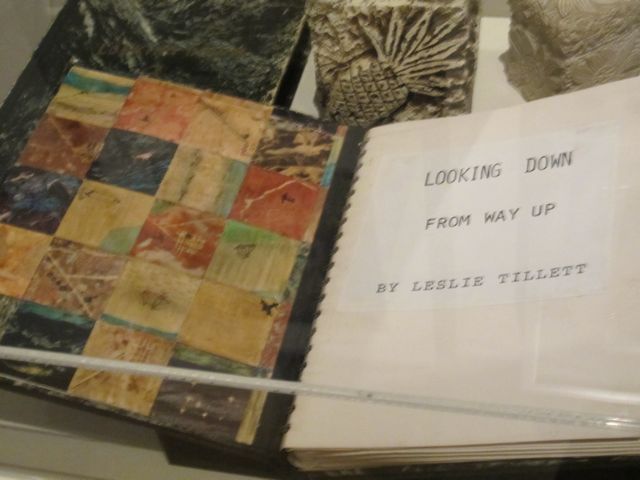 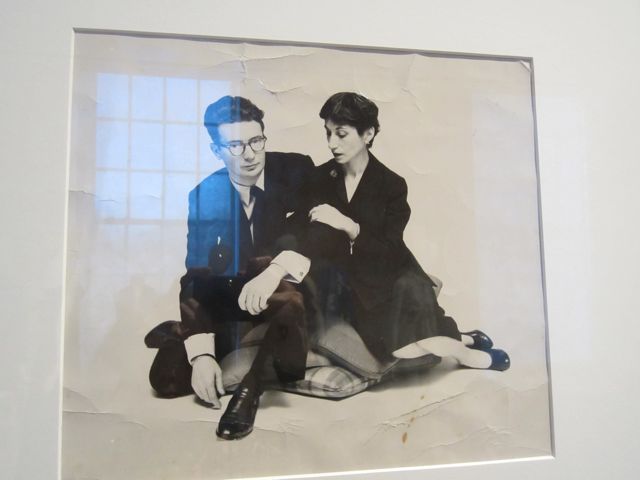 What a beautiful, interesting couple.
Imagine their life working together on creative
projects -- working with only the best designers of
the day out of their town house.
A truly hands-on endeavor far from mass production. 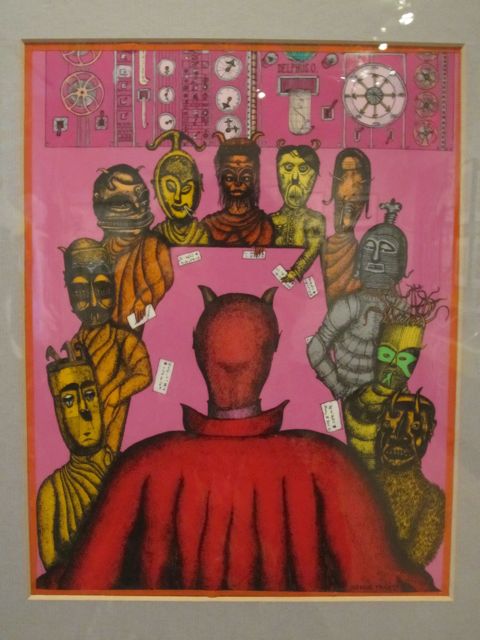 Drawing by Leslie Tillett.
Aliens in thrall of the devil, I imagine. 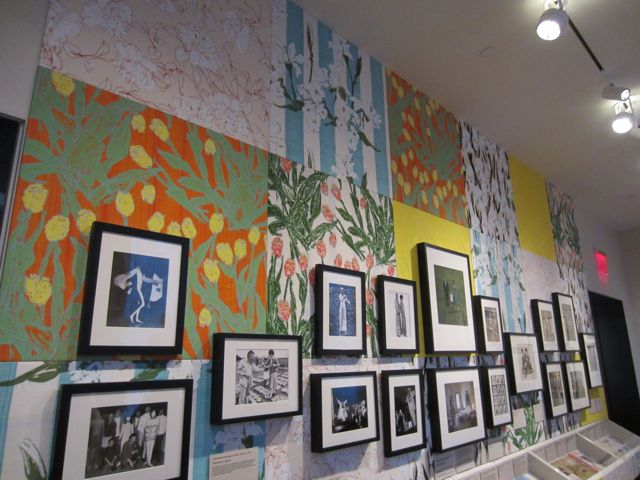 A display of photographs against Tillett fabrics. 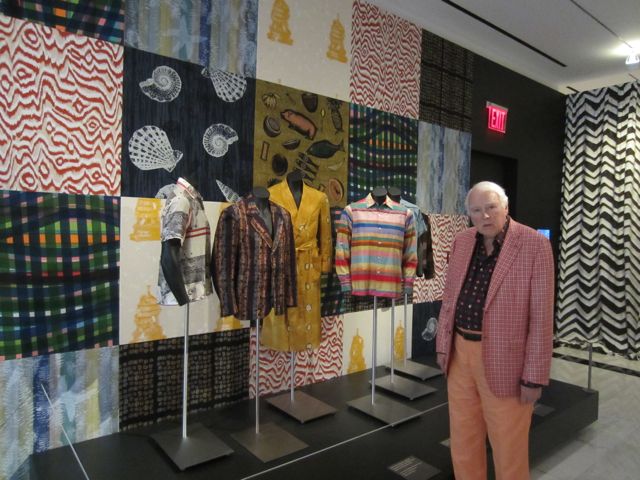 Richard with a selection of men's wear with Tillett designs. 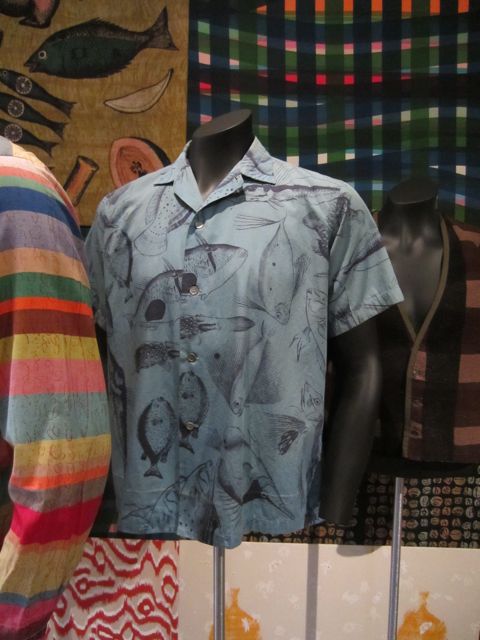 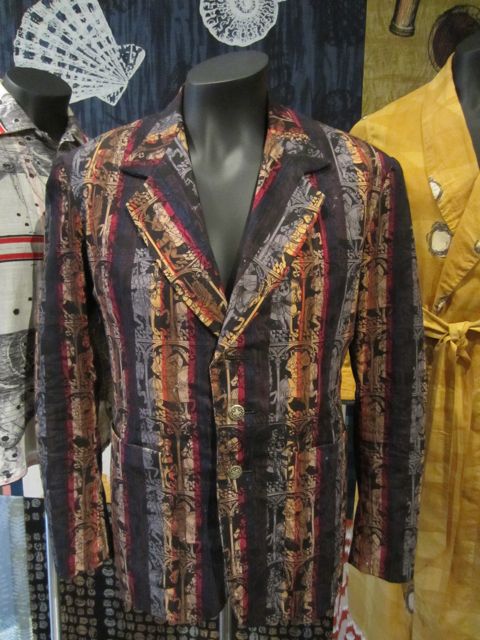 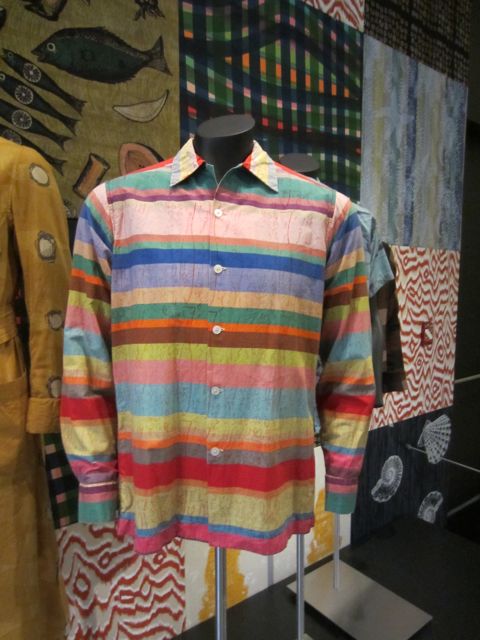 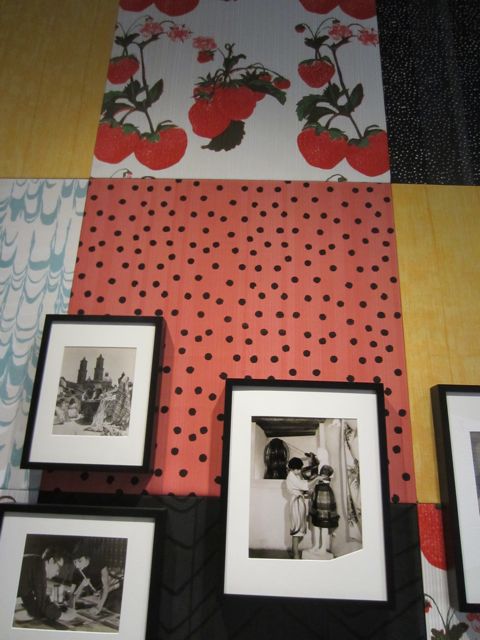 Jackie had a Tillett sundress with the raspberry motif above.
Later, she used it on curtains in a Palm Beach bedroom. 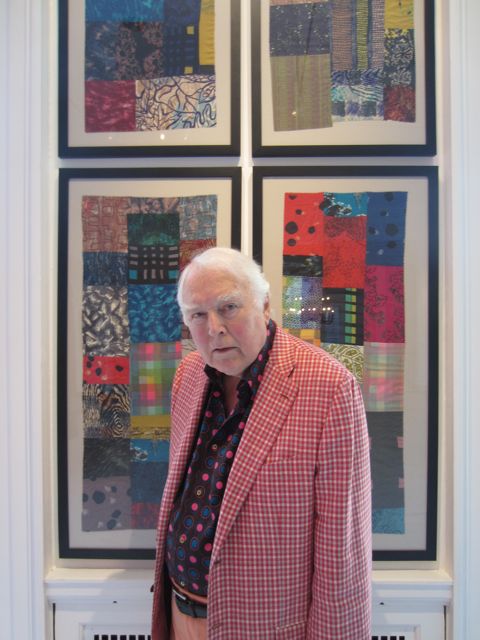 Richard fits right in with pattern on pattern. 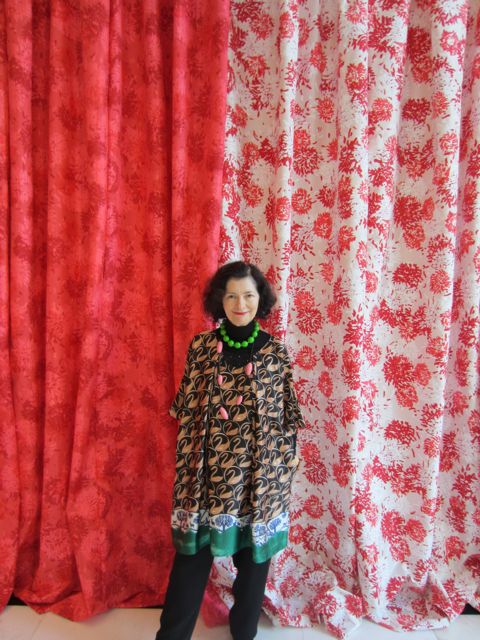 Here I am in my Paris-bought Tsumori Chisato
silk dress posing in front of a
cascade of Tillett fabrics.