Part One: Paul
This past week we got together with two friends, Paul Levitt and Robin Lung. Paul and Robin live in Hawaii. We have known Paul and Robin for years. Paul studied with Richard at Tyler School of Art once upon a time.

Paul is a painter and professor of art at Hawaii Pacific University.  Robin is a filmmaker who is working on a documentary. Robin's fascinating project will be Part Two of the Paul and Robin story.

Today we are celebrating the accomplishment of Paul: a newly published memoir of his visit to the great Dada artist, Man Ray, in 1972. In his beautiful book, Gathered Reminders: A Visit with Man Ray, Paul tells how he first got the idea to visit Man Ray during a trip to Paris while on a break from the Tyler in Rome program. 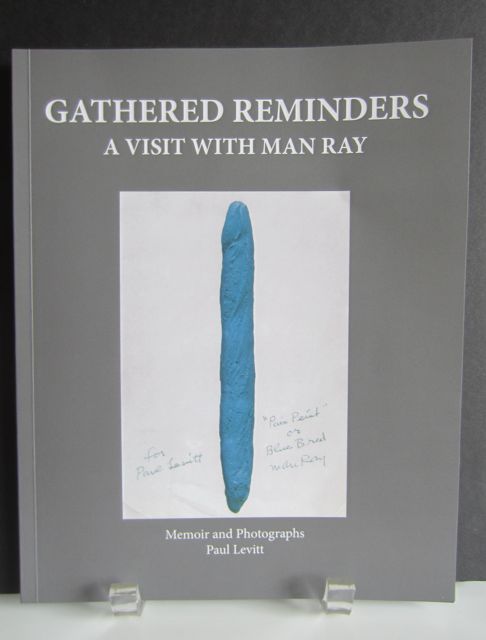 The cover of the book.
This is a postcard which
Man sent to Paul after he had returned to the United States.
The image is a blue bread or
"Pain Peint" -- painted bread in French. 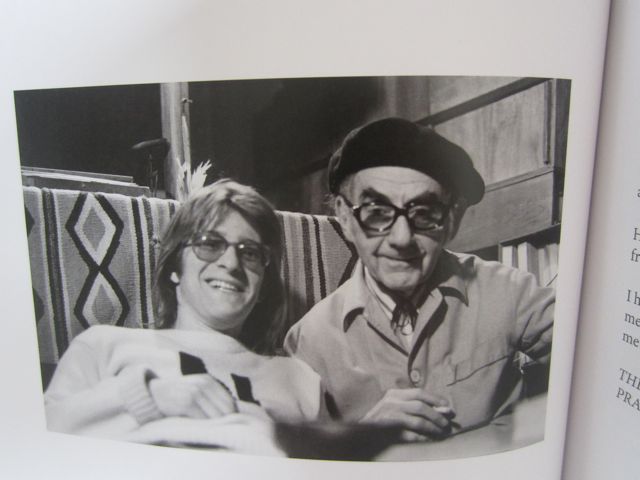 A selfie Paul took with Man using the
timer on his camera.

As Richard would say, Paul was just a young punk -- a junior in college -- when he became fascinated with the Dada and Surrealist artists.  Man Ray was an American, born in Philadelphia in 1890. He was a photographer, painter, maker of objects and films and a poet. He moved to Paris in 1921 and lived there until his death in 1976, except for the war years which he spent in Hollywood. Man Ray associated with all the great artists of the time such as Picasso, Hemingway, Dali and James Joyce.

When Paul got to Paris in 1972, he spoke no French, but did manage to get the address and phone number of Man Ray from an assistant at Man's gallery, Galleria Schwarz. After a few days, he screwed up his courage and called Man. His wife, Juliet, answered, and told Paul to call back. When Paul did call back, Juliet told him to come right over. 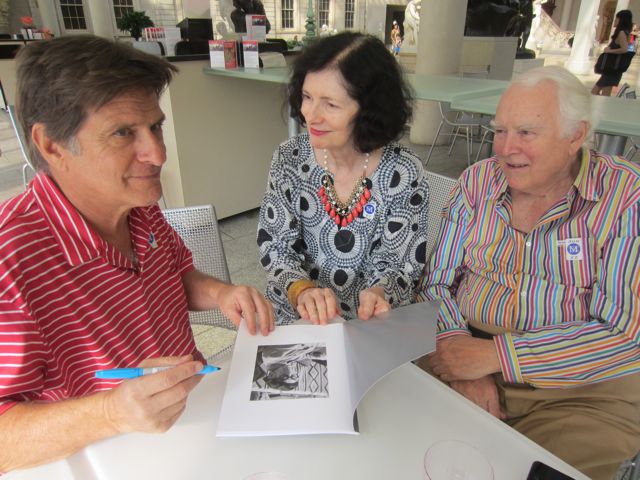 Paul, me and Richard at the Metropolitan
Museum of Art.
Paul is signing our copy of his book.

It turned out to be a magical visit during which Paul took lots of photos of Man, who was quite relaxed and happy to have the young student in his studio. Paul was wearing a sweater which had a large letter N on it. Man asked him what it stood for, and Paul said, "Nothing." But Man had beaten Paul to it, having already used that joke in a work of art.

Gathered Reminders is full of Paul's wonderful photographs of Man. It took Paul over 40 years to realize his idea of publishing this memoir. But the karma was right with Paul having the good luck to have Francis Naumann, the Dada scholar and owner of Naumann Fine Art in New York, agree to write the Foreword, and Dana Martin-Strebel to design the book.

I know you will enjoy reading this intimate story of a young man who loved art, and had the gumption to call on a great "Man," Man Ray that day in Paris. Man sent Paul on his way, "reeling down the cobblestones of Rue Ferou in a Dadaist reverie," calling after him, "Goodbye, Levitt!" And to this day, Paul is painting, teaching and sharing his artistic passion. 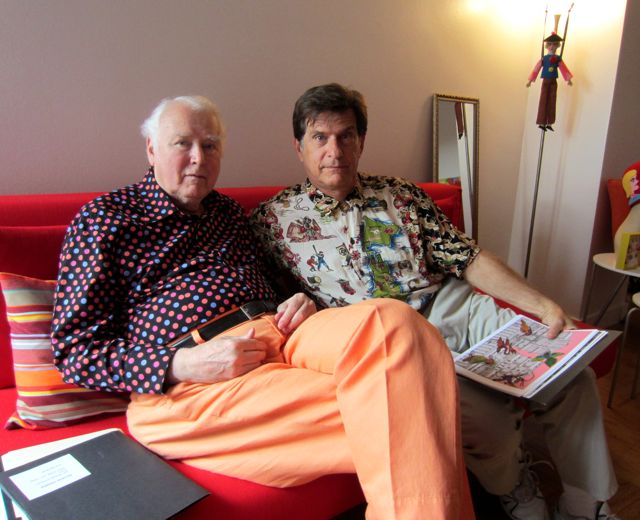 Gathered Reminders
A Visit with Man Ray
is available at the
Museum of Modern Art
bookstore or from Paul Levitt
at
574 Paulele Street,
Kailua, HI 96734